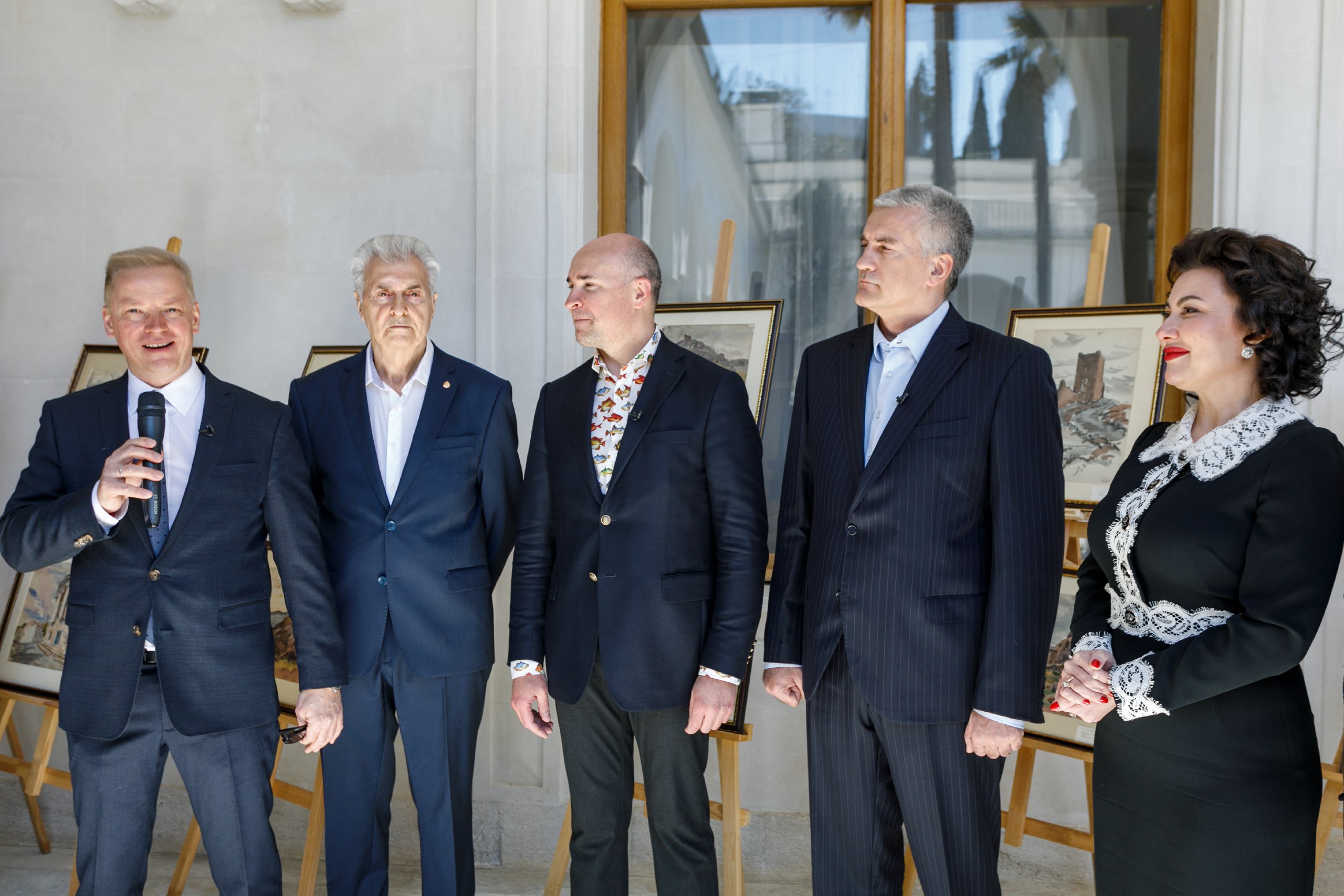 On April 26, the Livadia Palace-Museum hosted a ceremony for the transfer of paintings by the famous Moscow artist Emmanuel Bernstein. 100 watercolors with architectural landscapes of the Crimea were donated to the museum on behalf of the International Music Festival «Road to Yalta», the gallery «On Chistye Prudy» and LLC «Russian United Capitals».

E.Bernstein is a well-known Soviet and Russian architect, graphic artist, whose works are in private collections and in 50 museums around the world, including the Tretyakov Gallery, the Pushkin State Museum of Fine Arts, the National Library in London, etc.

During 1960, the artist created 130 watercolors with views of the Crimea which have dispersed over time to different collections. The Moscow Gallery «On Chistye Prudy» and personally its General Director Valery Pavlovich Novikov, LLC «Russian United Capitals», the Foundation «Humanitarian World» and personally the Chairman of the Board of the Foundation, Andrey Kondrashov, put a lot of effort, collecting in parts 100 paintings that will now adorn the collection of the Livadia Palace Museum. The donators rightly believe that all these paintings should be in the same collection and certainly in the Crimea.